A product feature called "VarioFlex Pro-Basket System with Red TouchPoints" would certainly be confusing to the average reader. But let us explain: “TouchPoints” are the name of the colored plastic caps on the numerous folding tines on a dishwasher basket, each of which indicate the optimal adjustment options for that basket. BSH is the world's second-largest household appliance manufacturer. For production planner Thomas Grob and his colleagues, when the TouchPoints were introduced in 2015, they were not just a useful feature – they were a challenge to the production technology. But with the help of the ultrasound-based 3D-coordinate sensor from Sarissa GmbH, BSH was easily able to achieve their goal of zero production errors.

At BSH in Dillingen, Germany, more than 12,000 dishwashers of various brands come off the assembly line in a wide range of variants every single working day. Of course, this enormous output is only possible when all production and assembly steps are neatly timed and run like clockwork. The implementation of a new product feature – no matter how small – requires precise planning. Especially when there are over 200 different colors, quantities and positions in batch sizes of only 24 or 48 pieces to make. Assembly production planner Thomas Grob explains: "To make matters worse, the touchpoints are a quality and safety issue." The wires are a bit thicker at the designated points. If the colorful plastic caps were mounted on the wrong end of the wires, small children might later pull them off and swallow them. “Our requirement was clear: This simply must not happen.”

Not a single mistake in 18 months

The status quo at BSH is the manual insertion and pressing of the individual TouchPoints with a simple but intelligent assembly tool. In order to know which wire ends of the dishwasher basket the individual TouchPoints have to be mounted on, the worker selects the corresponding PLC program on a display. The positions are immediately visualized on the LCD display as well as by illuminated dots below the basket in the conveyor belt. The system is then able to check in real time whether the TouchPoints have been fully pressed in at the right place.

The PLC receives the position of the tip of the assembly tool – almost miraculously – from an intelligent 3-D coordinate sensor, the PositionBox from Sarissa. The assembly tool is equipped with a Sarissa transmitter that sends high-frequency ultrasound signals into the room. A special ultrasound receiver, attached above the workstation, receives and uses the signals to calculate the X-Y-Z position of the tool tip with an accuracy (optimally) of + - 1 mm.

The calculated 3-D space coordinates are transmitted from the PC-based PositionBox to the PLC control system at BSH via a TCP/IP interface and a WAGO module. The PositionBox can be quickly integrated into existing technical infrastructure, emphasizes Thomas Grob.

The production planner looks back: “The main goal was to avoid errors. Immediately after the introduction of the TouchPoints, we had one employee assembling, and then two employees checking each basket in order to catch errors. The effort to have 100% inspections was immense."

The production planners at BSH started actively seeking solutions. Mounting templates proved to be too inflexible, as did the manual insertion and pressing-on of plastic caps using presses. In the time of Industry 4.0, full automation using robots was of course also looked at. Thomas Grob recalls: "We tried everything, but the robot could not cope with the cycle time of the baskets, it was simply too slow."In addition, “the tolerances of the welded wire baskets were too narrow for that, and the necessary feeding technology for five different colors would also have been too complex.”

BSH searched for a long time, then found the best

BSH’s first contact with Sarissa at Motek, on the other hand, was promising. From the beginning, BSH could imagine that the solution would work. Without further ado, BSH ordered a PositionBox test system and ran it in the background for half a year. This provided an advantage: with a functioning test system, they were able to demonstrate the new technology to their managers and employees. As a result, internal resistance to the assistance system was extremely low, emphasizes Thomas Grob. The only remaining – and justified – question from numerous employees was whether there were any dangers to working with ultrasound, but this was quickly resolved. According to Sarissa GmbH, the well-known German Institutes for Occupational Safety had already confirmed the absolute safety of the high-frequency ultrasound produced by the Sarissa system.

After the successful test run, all seven assembly lines in Dillingen were equipped with two Sarissa systems. Other BSH plants have also successfully introduced the technology.

The battle to gain 100% control over the dishwasher TouchPoints is now history. Nowadays, the baskets are only checked by the usual quality assurance method of pulling 1 to 1.5 percent of the devices for inspection. The result? Ever since the Sarissa PositionBox entered use the engineer has been happy, as there has not been a single error with the TouchPoints. 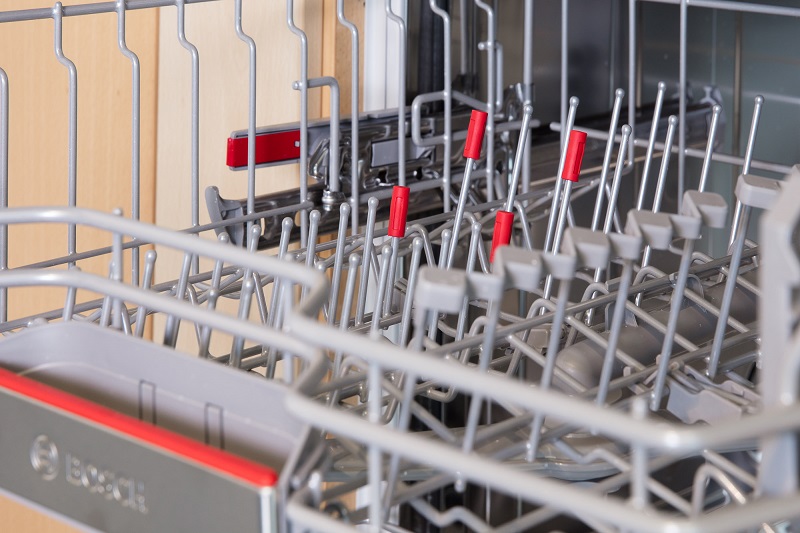 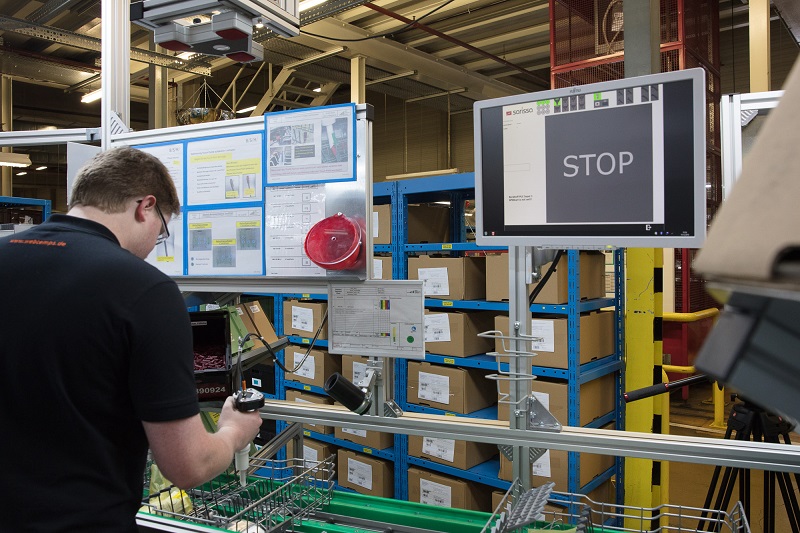 Manual insertion and pressing of the individual TouchPoints 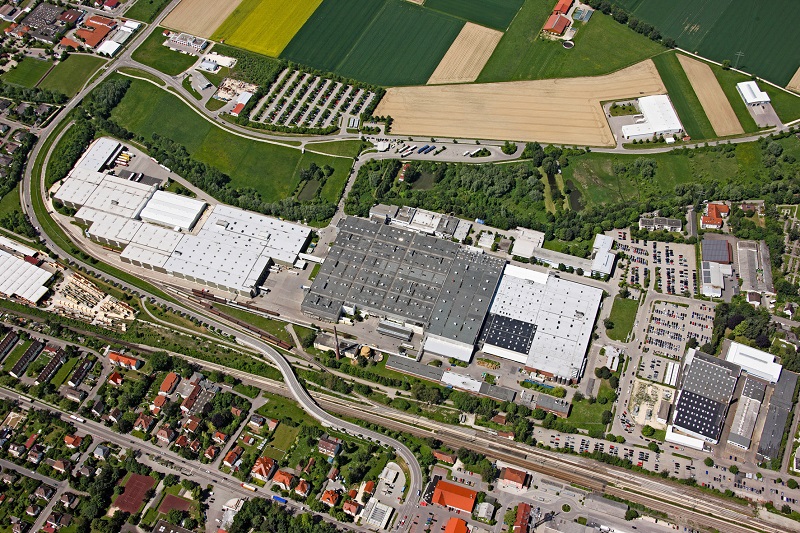 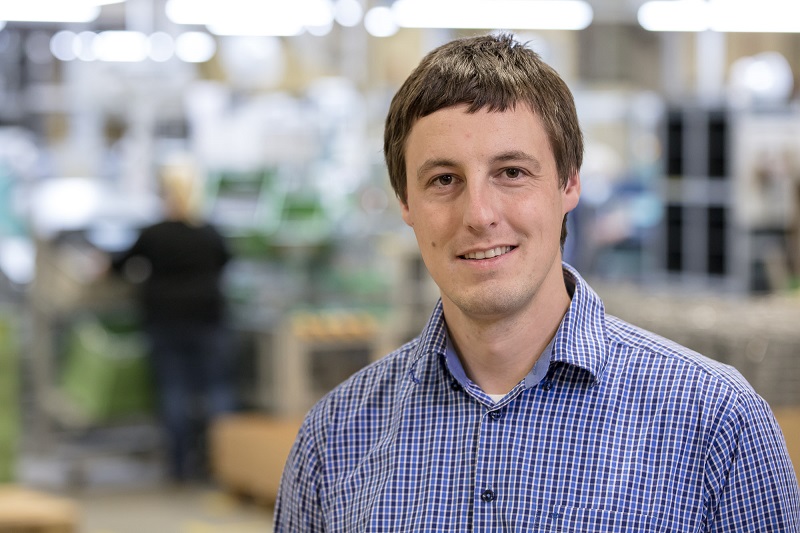 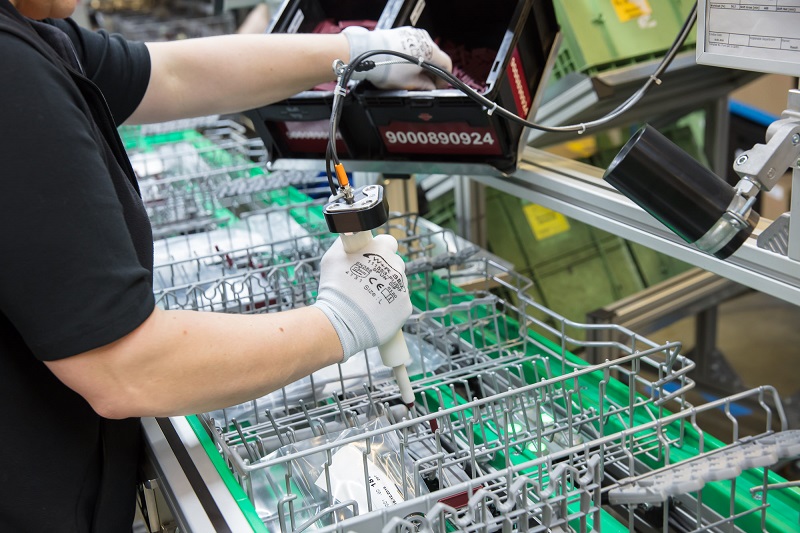 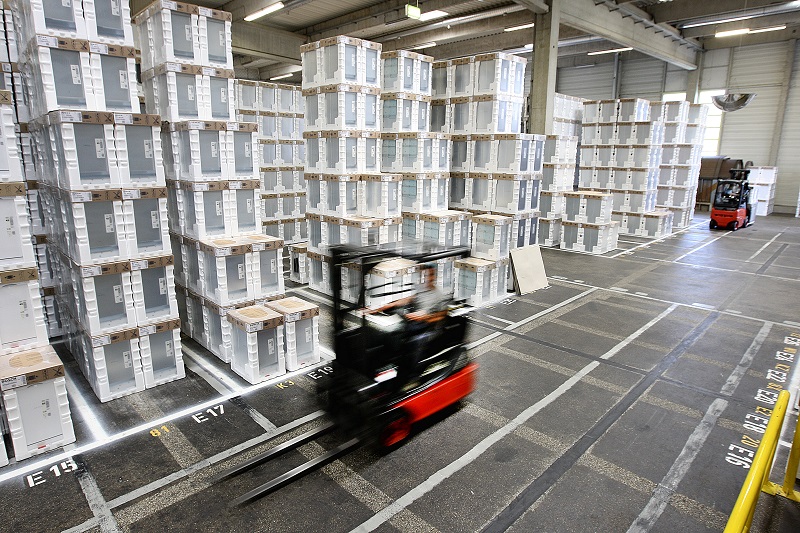