The assistance and position-determining Local Positioning System (LPS) from Sarissa is used in flow production for quality assurance. With millimeter precision, the LPS tracks the position of hand-held tools used in quality-relevant screwing processes. On the underbody assembly of vehicle chassis there are numerous safety-relevant attach points, and thanks to the Sarissa LPS, each point is completed correctly every time.

Sarissa’s highly-developed technology is perfect for complex assembly situations like flow production and overhead installations. The LPS determines the position of hand-held tools with millimeter precision and guarantees that every screw is tightened in the correct position and in the correct order. The LPS consists of transmitters on the tool, and one or more receiving units in the workplace. The LPS accurately tracks the position of the screwdriver bit in space, down to the millimeter.

When working on moving workpieces, the tool sensor refers to a moving coordinate system and calculates the position of the tool with the highest accuracy, even while moving. Additionally, the use of several receivers guarantees that the moving workpieces are “handed over” from receiver to receiver. Potential errors in the assembly process are reliably prevented during the value creation process, not after.

The Sarissa LPS can be used as a powerful, flexible assistance system or as a pure 3D coordinate supplier. It is independent of tools and manufacturers and can also be used for manual picking processes. If an application already has worker guidance, the basic LPS coordinate sensor can be used to communicate with the existing worker guidance via interfaces, transferring the room coordinates to the higher-level controller (PLC). 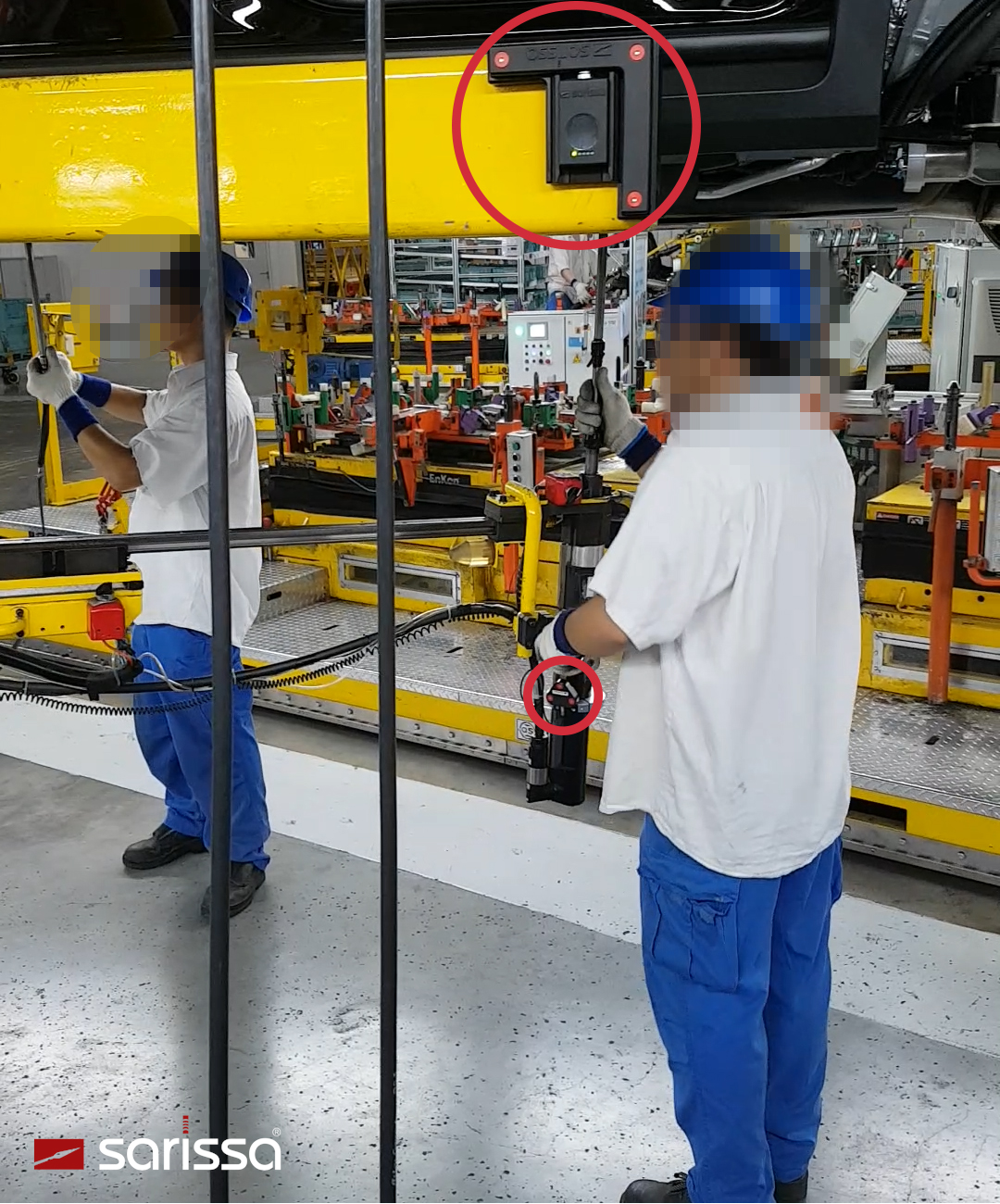